The South-West WA Drought Resilience Adoption and Innovation Hub (SW WA Hub) is one of eight Hubs established around the country through the Australian Government’s $5 billion Future Drought Fund. It is led by the Grower Group Alliance (GGA), a Western Australian producer-led network that awarded an $8 million Australian Government investment to lead the Hub until at least 2024. In October 2021, the Australian Government announced additional funding for Australia’s eight Drought Resilience Adoption and Innovation Hubs, including $2.5m for the SW WA Hub. This expands the remit of the Hubs from being just drought focused to agricultural innovation more broadly. However, drought resilience remains a core focus for the Hubs.

Hub partners are providing cash and in-kind co-contributions worth several million dollars, and represent all segments of the supply chain for WA’s southern agricultural growing region.

The SW WA Hub's vision is: 'Thriving producers and communities adapting to our variable environment'.

Its mission is: 'To be a connected and trusted partner building pathways to accelerate innovation and adoption'. 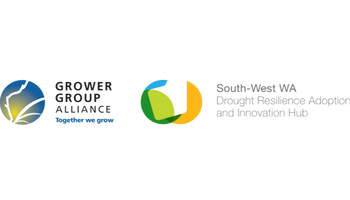