The South Australian Drought Resilience Adoption and Innovation Hub has been established to facilitate and foster increased drought preparedness and resilience within the State’s farming systems and regional communities.

The SA Drought Hub is one of eight hubs established across the nation through the Australian Government’s Future Drought Fund.

Led by the University of Adelaide, the SA Drought Hub comprises the core hub at Roseworthy in the Mid North and five regional nodes at Minnipa on Eyre Peninsula, Port Augusta in the Far North, Orroroo in the Upper North, Loxton in the Riverland, and Struan in the South-East.

The location of the nodes ensures state-wide coverage of all pastoral, low, medium and high rainfall agricultural production zones.

The SA Drought Hub is responsible for driving extension of existing knowledge and practices. Its stakeholders will co-design and deliver demand-driven activities that focus on innovation and adoption to build farmers’ drought resilience and that of regional communities. 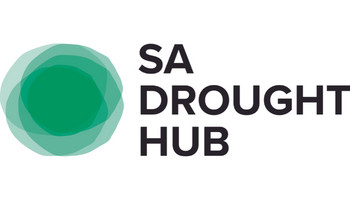