KokoNiu was established in 2019 to commercialise the somatic embryogenesis technology, under exclusive licence, to mass propagate coconut plantlets through a proven tissue culture protocol for growers domestically and internationally.

Recently a Public-Private Partnership between the University of Queensland and KokoNiu was agreed with the goal to take existing micropropagation technologies developed by UQ to scale and demonstrate that it is a technology ready for commercialisation.

KokoNiu has commence operations with UQ and is collaborating on a project called the “COVID, Climate and Coconuts - Revitalised Coconut Sector” to scale up and commercialise the end-to-end process, by propagating a large number of plantlets in Australia for planting here and overseas. This commercialisation project consists of a first phase Rapid Deployment Plant, the first of its kind in Australia. UQ Gatton has provided their campus facilities for the RDP consisting of the existing Tissue Culture Laboratory and Growth Rooms.

Propagated plantlets will be matured on a medium scale (100,000+ over 2 years) and airfreighted to various regions, for 6 months acclimatisation before final field planting. The project will test and improve the production and dispatch system to the end users. It will guide KokoNiu’s future effort to upscale the clonal production into millions of plantlets per year.

According to the International Coconut Community, an intergovernmental organisation of coconut producing countries organized in 1969 under the aegis of the United Nations Economic and Social Commission for Asia and the Pacific, there is a massive crisis looming for the coconut industry globally stating that 700 million coconut plants are required now to replace unproductive trees that have become senescent (too old). 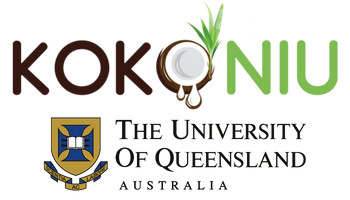