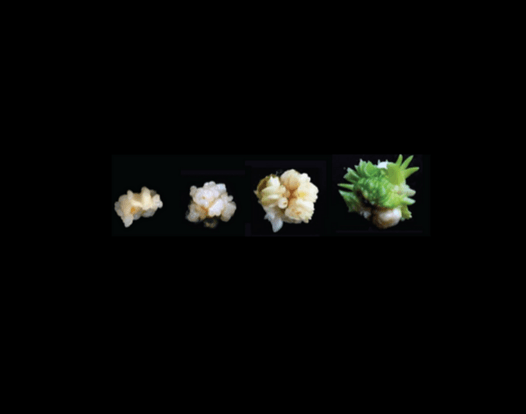 According to a recent report from the International Coconut Community (ICC), an intergovernmental organisation of coconut producing countries organized in 1969 under the aegis of the United Nations Economic and Social Commission for Asia and the Pacific (UN-ESCAP), there is a massive crisis looming for the coconut industry globally. Executive Director, Mr Uron Salum states that 700 million coconut plants are required right now to replace unproductive trees that have become senescent (too old).

The number one issue for most countries is the lack of quality plant material. Traditional methods such as seed banks are unscalable and the process embodies a degree of genetic uncertainty as to the potential of the cloned progeny. Success with somatic embryogenesis from somatic tissue would enable ‘true to type’ cloning of selected elite coconut varieties which provide much more certainty.

With 90% of the world’s coconut growing countries in the Indo Pacific (right on our doorstep) KokoNiu is scaling up the technology to supply these regions with much-needed plant material to help replace unproductive trees.

KokoNiu is seeking engagement from corporate, angel investors, family offices for up to $2 million to scale-up production of somatic embryogenesis technology to mass propagate (clone) elite 'true to type' coconut plantlets for the international and domestic markets.

This transformational cloning technology, using the immature inflorescence of the flower from a coconut tree, can mass-produce elite “true to type” coconut plantlets identical to the mother tree, thus guaranteed to produce superior results.

As a result, University of Queensland (UQ) is co-funding a project with KokoNiu called the “COVID, Climate and Coconuts – The role of a Revitalised Coconut Sector” to scale up the end-to-end process, by propagating large number of plantlets in Australia for planting here and overseas. This project consists of a Rapid Deployment Plant (RDP), the first of its kind in Australia. University of Queensland (UQ) has provided their Gatton facilities for the RDP consisting of their existing Tissue Culture Laboratory and Growth Rooms.

Propagated plantlets will be matured on a medium scale (100,000+ over 2 years) and airfreighted to the Project Partner Countries (PPC), for 6 months acclimatization before final field planting. The project will test and improve the production and dispatch system to the end-users. It will guide KokoNiu’s future to upscale production into millions per year.

The SE technology has been refined by the Coconut Group (and its predecessors) at University of Queensland (UQ) over the past 28 years. The Coconut Group has successfully produced clonal plants from zygotic and somatic tissues and a protocol for the cryopreservation of coconut germplasm.

With the SE technology at its current level of development, the production capacity is approximately 100 clonal plantlets from one coconut plumule or inflorescence explant (which now makes it commercially viable). In an advanced form (under current development) production capacity is expected to exceed 1,000 clonal plantlets by using methods such as improved browning management, cell suspension culture technology, and a preliminary immersion approach.

All these methods are cutting-edge technologies that the current PhD students have been working on for the past 4 years.

On the domestic front, KokoNiu is about to embark on a field trip to study existing varieties that have special traits and characteristics of commercial interest that currently grow in FNQ. Our aim is to commence cloning varieties to start a new coconut industry in Australia.

Mid (TRL 5-7)
Proof of concept in the laboratory then in the field resulting in the development of a minimum viable product (MVP).
What does this mean?
Describes the stage of the challenge or opportunity being pursued.

KokoNiu was established in 2019 to commercialise the somatic embryogenesis technology, under exclusive licence, to mass propagate coconut plantlets through a proven tissue culture protocol for growers domestically and internationally.