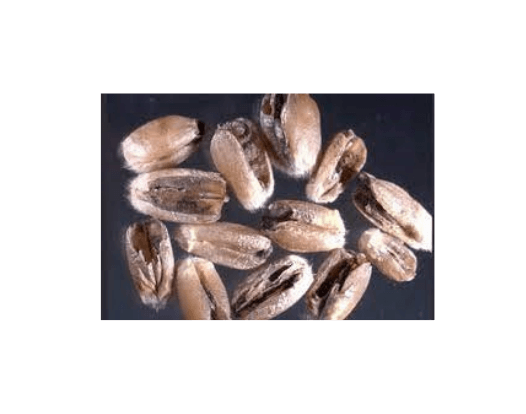 Karnal Bunt is #5 on Australia’s biosecurity list of most unwanted plant diseases. It has the potential to cripple global wheat exports valued at $40 billion annually.

The current international detection protocol for Karnal Bunt endorses a range of identification methods, ranging from morphological identification under a microscope to 15 molecular methods using polymerase chain reaction (PCR)-based methods. The protocols require expertise of plant pathologists and/or molecular biologists in addition to expensive scientific instrumentation such as thermal cyclers and real-time PCR machines. This places severe constraints on the implementation of existing Karnal bunt diagnostics in a high throughput scenario, such as during an incursion.

These identification methods can take up to three weeks to complete meanwhile the potentially contaminated wheat is held at port impacting on global wheat supply and lost transport income.

New South Wales Department of Primary Industries (NSW DPI) have developed a test kit and diagnostic method for detecting Tilletia indica, the causal agent of Karnal bunt, in field in less than two hours. This new device does not require sophisticated or expensive scientific equipment, is more user/operator friendly than current tests, making it accessible to markets in less-developed regions. This device has an additional layer of specificity for Karnal bunt so as to avoid false positive results in the event of non-specific hybridisation and/or amplification.

Late (TRL 8-9)
Commercial optimisation of the product/service, testing and commercial distribution.
What does this mean?
Describes the stage of the challenge or opportunity being pursued.